I began referring to my fairy-tale life back in 2011. I adopted the expression while my husband was in Afghanistan for twelve months. It was a rough deployment. Many Soldiers have experienced longer and more difficult combat deployments, I know, but this one was our first. Soldiers died. Families mourned. I often wondered whether or not my own Soldier would make it home.

At home, I was caring for our four children. The youngest had his first birthday a week after his dad deployed. For his birthday, he got a fever and an ear infection. It was the first of many trips to the doctor that year for ear infections, croup, and a dislocated elbow (Nursemaid Elbow – it’s a thing. It happened over and over, anytime he played Ring Around The Rosy or any other fun handholding games with his siblings. Seriously. Who has to forbid their kids from playing Ring Around The Rosy? Apparently me.)

During that year-long deployment, I changed over 1,500 diapers, made countless meals, paid all bills, had cars inspected and repaired, assisted kids with science projects, attended a memorial for a Soldier killed in action, cried, attended the science fair, planned and hosted FRG meetings and events, worried about my kids’ well-being, cleaned out our flooded car after the sunroof was left open in a rainstorm, attended more memorials for more Soldiers, accidentally ran over a cat, researched how to remove permanent black marker from the exterior of our house, cried more, buried a dead rodent found on the backyard swing set, sang lullabies, cleaned up puke, stayed up all night with sick kids, cried even more, hosted birthday parties, sped, and almost had my drivers license revoked.

During those crazy, difficult months, I reflected a lot on my life. I often felt overwhelmed and lonely. I was tired. Was this the life I really wanted?

If I’m being honest with myself, I have to admit that while my hero was away battling “the forces of evil,” I was rarely alone. During difficult moments, the cartoon fairy-tale characters that my kids love so much always have their friends and helpers – usually in the form of mice or birds or a raccoon or a teapot… You get the idea. Similarly, I had friends and helpers, but instead of mice and birds, I had fellow military spouses, neighbors, teachers, and sometimes even strangers.

I had friends step in and watch my kids when I had to take another child to the doctor. They brought me hot soup when the kids and I were all sick. My neighbors shoveled the snow off of my driveway on days when I couldn’t get to it right away. Friends came to spend Christmas Eve with us, so we wouldn’t feel alone. I had travel buddies, who weren’t afraid to take a carload of kids on an adventure. I had helpers hold and entertain my grumpy toddler, so I could teach a Sunday-school class. I had girlfriends join me for nights out to celebrate my birthday and my wedding anniversary. I had teachers that demonstrated a little extra kindness and understanding when my child was having a rough day. I had fellow military spouses with whom I could talk, laugh, and cry.

I had support and friendship through my darkest moments. Those wonderful little birds and mice reminded me that my family’s struggles were a mere chapter in this life. They also gave me enough strength to be that helper and that friend to others who were also struggling. I am so eternally grateful for my friends. Many of them have become as close as family. Through their kindness, I had many wonderful, beautiful moments despite the trials and tragedy of deployment.

A renowned Civil War veteran once said, “Life is like an old time rail journey – delays, sidetracks, smoke, dust, cinders, and jolts, interspersed only occasionally by beautiful vistas and thrilling bursts of speed. The trick is to thank the Lord for letting you have the ride.”

This combat deployment was a slow, dirty, emotional ride.

But at the end of the deployment, there was a fairy-tale-worthy reunion. Military homecomings are my favorite: Families running across the room or tarmac or field to their Soldier. Couples embracing, kissing, crying. I anticipated our reunion for months. And it was everything I hoped for. It was the culmination of this chapter of our fairy tale. It was a beautiful vista. My happy ending.

Seasoned military spouses know that life after a combat deployment is tough. And I mean really difficult. And so are training rotations and PCS moves and just about every other aspect of military life. I like to think of each challenge as another chapter in my fairy-tale life. I know if I work to cultivate friendships and actively search for small beautiful moments that I can survive the bumpy frustrating train ride, the challenges that come with this lifestyle.

I also know that I will get to enjoy a few beautiful vistas and fairy-tale endings that make this journey worth the effort.

Tera Blackham has worked in politics, telecommunications, education, and has helped run a small business. But her toughest and most rewarding job is raising her four children and supporting her husband in his military career. Tera loves the constant change and adventure that are inevitable with military life. Travel is her passion, and photography is her hobby. 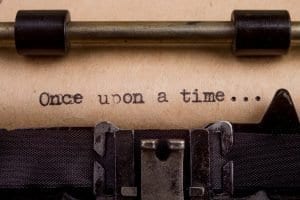 I began referring to my fairy-tale life back in 2011. I adopted the expression while my husband was in Afghanistan for twelve months. It was a rough 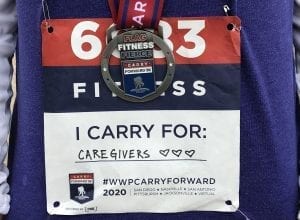 Last month I ran – well, sort of ran – a virtual 5K.  It was the Wounded Warrior Project (WWP) Carry Forward 5K, delivered by 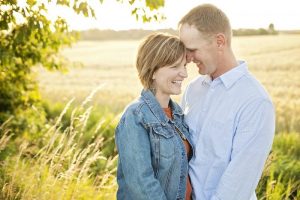 Two days before my wedding day, terrorists hijacked airplanes and attacked the United States. It was September 11th, and my father was on a flight