Secrets I Never Shared as a Military Spouse

I always watched my husband leave until he was completely out of my site. Most of his departures were before the sun was up – at a time we referred to as “O’Dark Thirty.” While our babies slept, I often watched the squadron mate or taxi company whisk my love away quietly as neighbors slept. I hated not to be the one to take him to the air terminal on base… but sleep was a rare commodity in our home with babies, so this was our agreed-upon arrangement. I can still picture it in my mind… looking through a small bedroom window that faced the front street and seeing taillights pull away from our home in the dark. I never knew if that was the last time I would see his face. 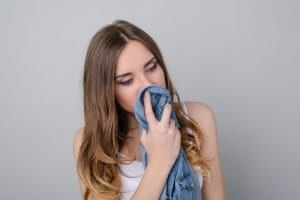 I always kept at least one of his voice messages on our answering machine. Some of them were short and so random – like a call from the grocery store to ask if we needed more milk or a call asking me to measure something for him at home, so he could grab an item at a hardware store or just a quick call to see if I would pick up the phone. They weren’t elaborate or meaningful or even for special occasions. But they were all in his voice… his incredible voice. I never knew if that was the last time I would hear his voice.

I always kept one of his t-shirts unwashed. Okay, this started out as a way to appease our poor sweet, black Lab named Roxy, who was incredibly attached to my husband. She would stop eating for DAYS after he would leave, and I worried about her so much! So, we started this new habit that he would leave a shirt on the floor for Roxy to snuggle with when she felt sad. But it really turned into something that I needed because I worried that if something happened to him, I wouldn’t have a piece of clothing that he had worn, that still smelled like him. I never knew if that was the last time he would wear a shirt at home.

I didn’t start my military spouse years with all of these must-do behaviors in place, but rather I adopted them after a groomsman from our wedding passed away suddenly one foggy morning up near Naval Air Station Whidbey Island.

Russ was one of my husband’s dear friends. He had decided to get out of the Navy and had interviewed with an airline to become a commercial pilot. He was just days away from leaving the Navy and starting his new civilian lifestyle when he was tragically killed in a car accident on his way to the Naval base. I did not attend his funeral, and honestly, that fact still bothers me and brings tears to my eyes as I write these words almost 20 years later. I knew I could not continue to be a brave military spouse and hold it all together if I had to attend a military funeral and watch as Russ’s children were each handed a folded American flag. I knew I could not hear the words “on behalf of a grateful Nation…” as is spoken to surviving members at a military funeral. I could not carry that mental image with me. Instead, I held my babies in my arms, and I stood out in our backyard in military housing and watched the missing-man formation of military jets as they flew over our house for his funeral.

As we walk through our lives, we create rituals to get through some of the hardest trials we face. I adopted rituals to comfort me in the event that my husband did not return, just as Russ did not return home after his tragic accident. We all have things we do that we don’t tell others… whether we knock on wood because we are superstitious… or we pray for people who never know we pray for them or maybe we pray prayers we never tell another soul… or we worry about people whose journeys weigh heavily on our heart. It wasn’t until a couple of months ago that I was even able to share these rituals of mine with another soul. But one thing I am discovering as I get older is that so often in life, it is the things we never speak about that are the very things others need to hear.

I still do all of these things now. I watch my husband leave. I save random voicemails, just in case. And I keep an unwashed t-shirt in his hamper so I still feel his presence at home. To all of my military friends… I know you get this. What habits or rituals have you adopted to get you through the tough times?

Sheri Dyas Mellott has been married to a Naval Aviator and Test Pilot for 24 years, has lived in 11 states, is a mom of 3, a writer, a storyteller and lover of all things GLAM. She put her career on hold for 20 years to follow her husband’s career and now strives to inspire other women to find themselves again, to find their stories again and to realize they are never too old to chase their goals and dreams. 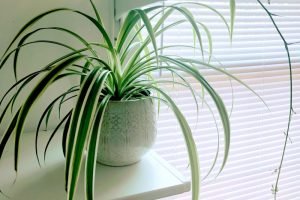 Rebuilding Your Sanctuary In a New Home

I left my favorite shelves behind when we moved across the country. They were clean, smooth shelves that perfectly fit the space between the two windows in my craft room. They held my growing spider plants, leaving plenty of room for their leaves to cascade 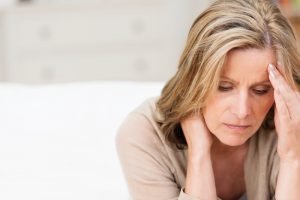 Military Life Stress: Does the Past Cloud the Present?

Occasionally, I’ll come across a quote that stops me. This one by Yung Pueblo did just that: “Ask yourself: Is this how I actually feel or is this my emotional history trying to recreate the past?” Wow, right? How many times have you told yourself 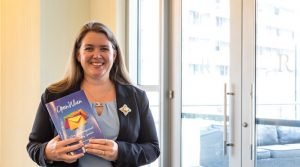 Who Encourages the Seasoned Military Spouses?

At some point, after juggling multiple challenges of military life, relocating your family, re-starting your career, and navigating a lot of time apart from your spouse, you’ve gained invaluable experience and become a seasoned spouse. On the one hand, for some, there’s a badge of